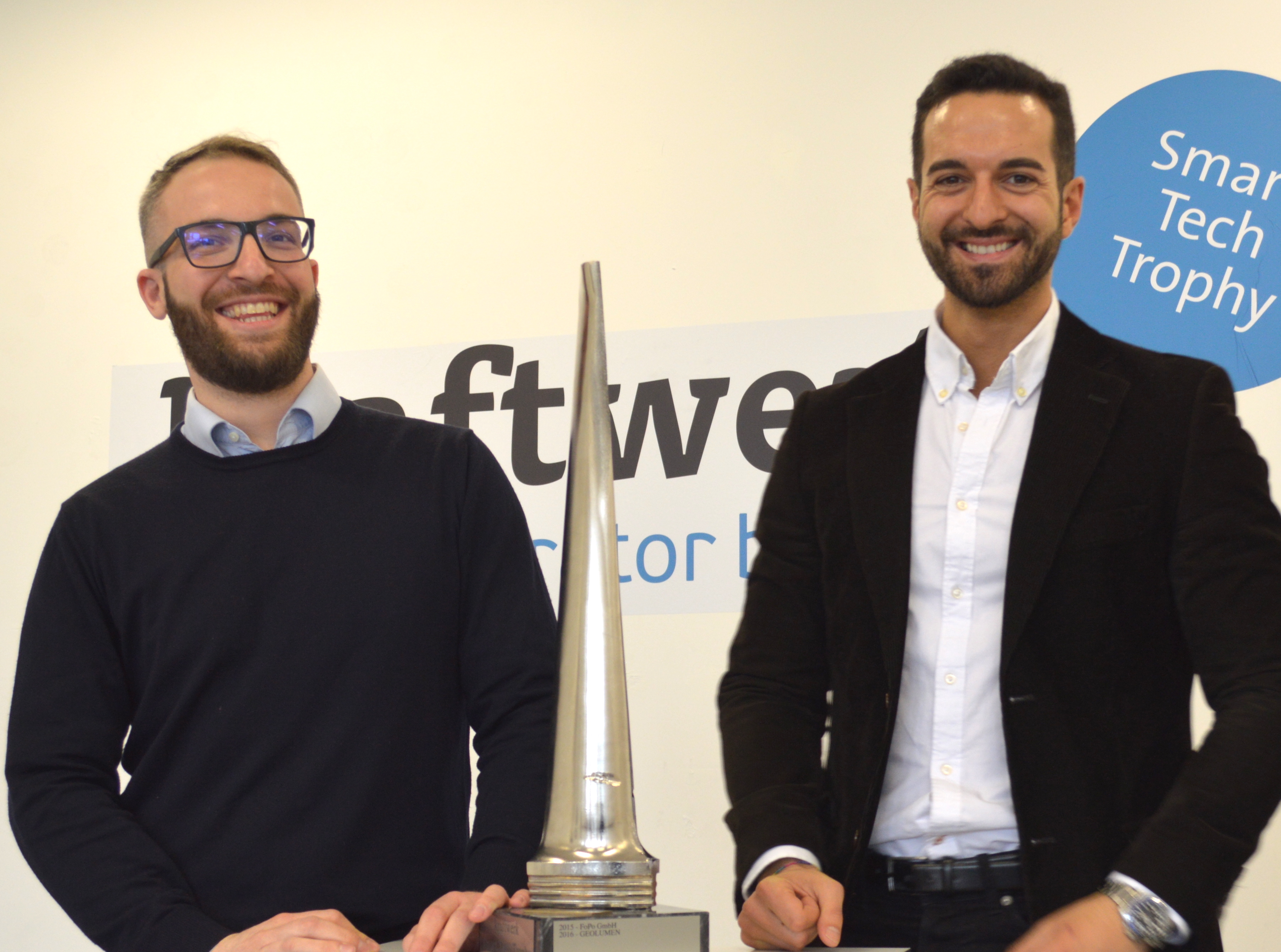 Stefano is a sportsman. To the core. Soccer, Kick-Boxing, Tennis, Basketball, Rugby – no matter what, movement is essential. That is why a start-up fits just wonderfully. Founding, in the long run, might be regarded as a sport – concerning stamina and will-power, anyway. It should be regarded as a team sport, to be accurate, for Stefano is not alone. It is together with Antonio and Corrado that he furthers the internationalisation of his enterprise.

All of them are from sunny Italy, and this is where a confident business-angel who believed in them financially enabled their start-up. It was the first, but not last time their venture received support. They then moved to Amsterdam, having been selected in the programme “Rockstart”, now their headquarter is in Amsterdam. It was kraftwerk and the possibility to access the pan-European market that attracted GEOLUMEN to Bremen. “Having the swb as a partner with all the networking background eases the starting and placing of an enterprise and makes it much more promising”, Stefano explains their decision.

Being a business economist who studied Business Administration, Stefano admits that he does not know much deep about technology. He laughs: He doesn’t need to know – Antonio is the team’s technician for him, even if Antonio is a Lawyer. But Stefano is not less enthused by the potential of their products which he describes avidly: “There are so many possibilities!” Communities could save up to 85% of energy. “A lamp that only uses 100% of its power when a person is right under it, while minimising energy for the rest of the time – this means an incredible savings potential!” Of course, the saving of energy is a great reason – and then you become aware of all the options of use concerning networks and communication. Concepts from the realm of “Smart Homes” can be transferred to the city. Waste management can be optimised. Tourist information and orientation can be installed and interconnected with the advertising of local businesses. Then there is the inner city parking problem. “In Amsterdam, for example, not everybody is allowed to park everywhere – this is very difficult to control, so many people ignore the rules.” GEOLUMEN could solve this problem by smart technology. “A parking permit connects with the parking area transmitter. If there is no permission of use, a warning light blinks. If the person parks despite of the warning, police will be informed – it’s as simple as that.” How about another example for possible options of use? Shops in the in city centre offer a discount. As I am passing by, an application informs me of the particular offers. Great! Stefano beams at me and keeps coming up with sheer endless capabilities – it is impossible to not be enthusiastic.

Originally, this technology had been developed for the realm of robotics, but in the end, nobody involved really knew what to do with it. Instead, the lighting industry took interest – that was in December 2010. Since then, the customers‘ requests shape and limit the options. “Somebody has a problem – we deliver a solution”, Stefan explains the acquisition of customers. Admittedly, this is not quite as easy as it sounds, of course. “Well, we don’t exactly sell potatoes”, Stefano concedes, “so you have to be able to explain things in the end.” And what is their advantage in comparison to the great companies that are already well-established on the market? “Well – in places where others would have to lay miles of tracks, we just install transmitters. That’s it. It is not only less laborious and time-consuming, but also reasonably lower priced.” Obviously. These smart guys are sure to find their way onto the European market – the inhabitants of Bremen are quite smitten with them already. 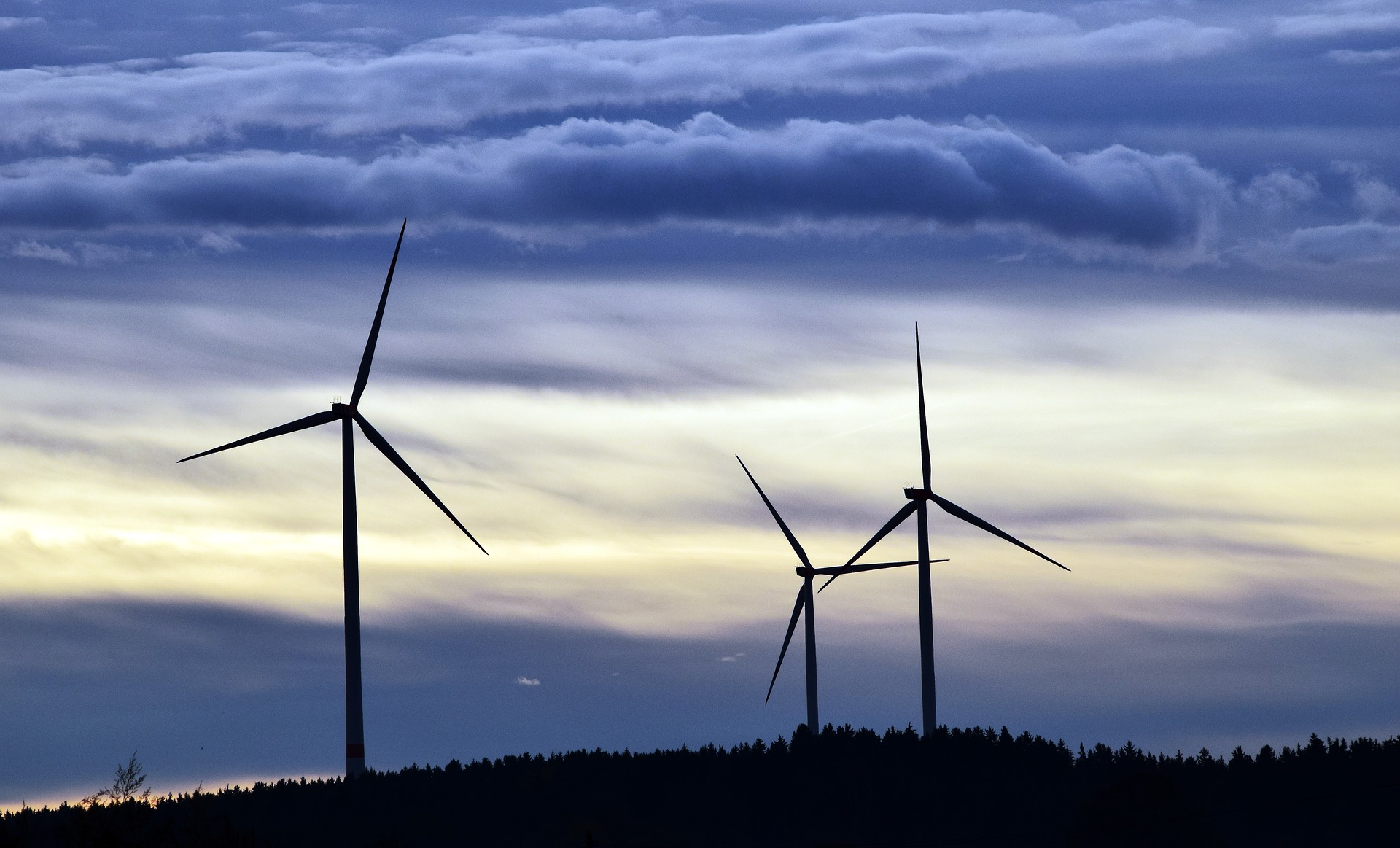 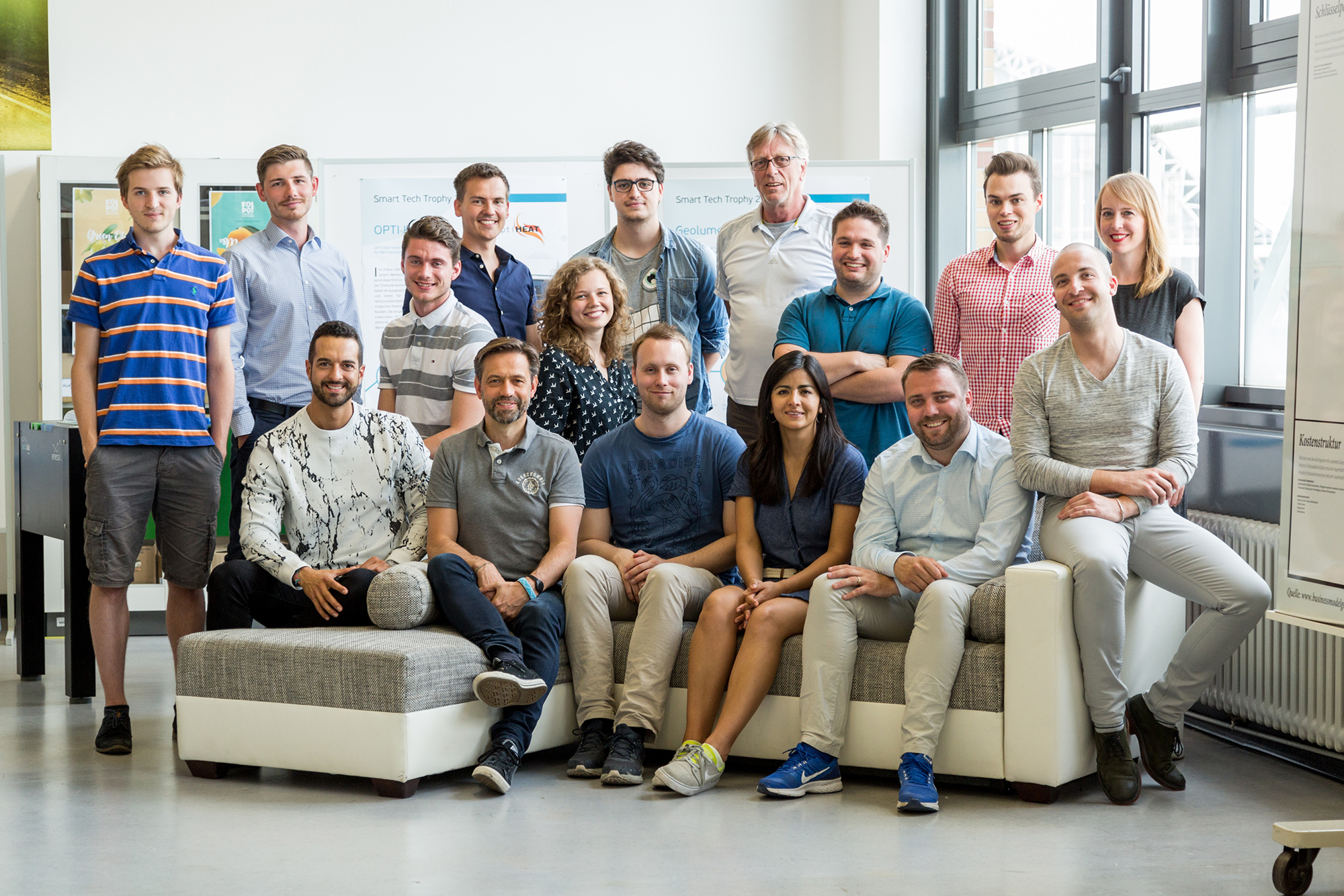 Startups on the road to success 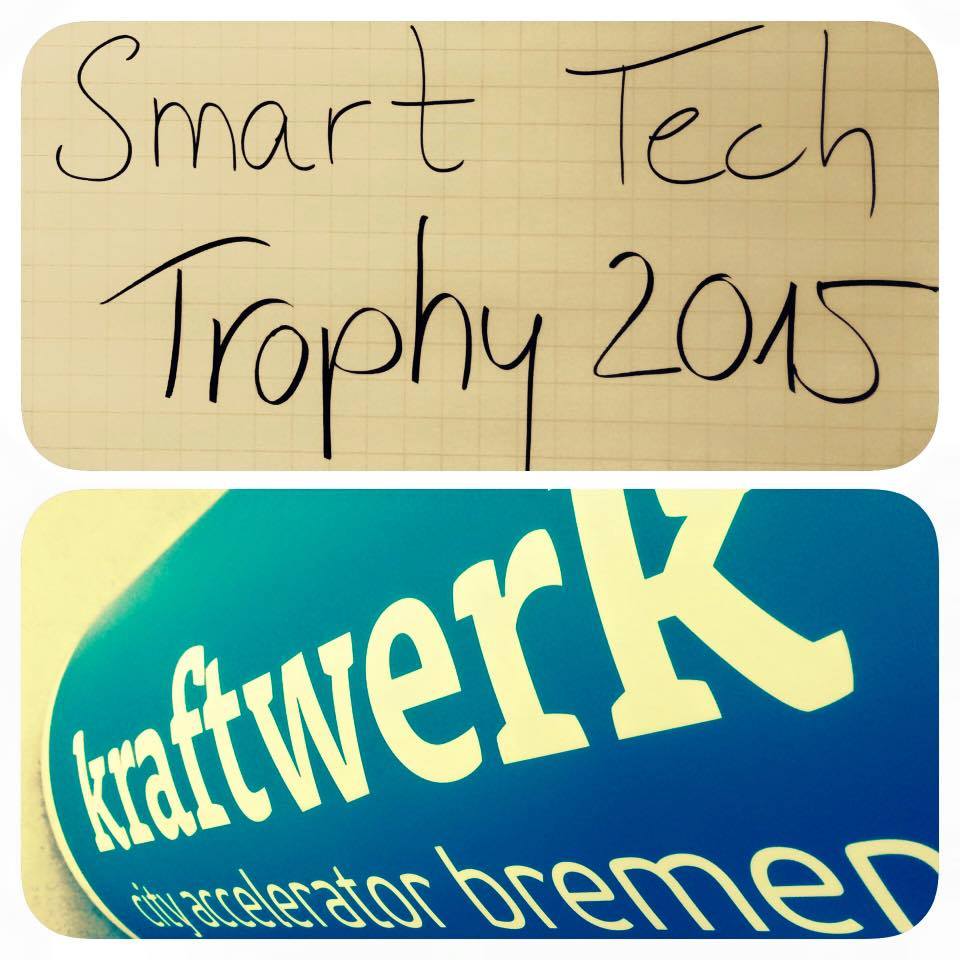