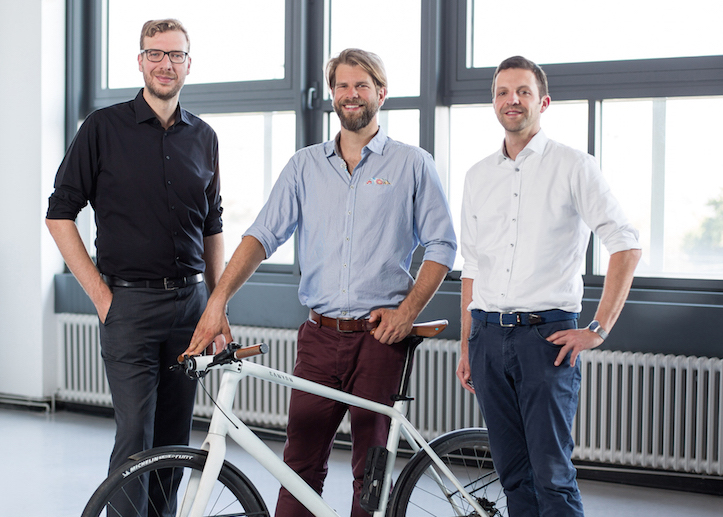 “E-bikes have never been given enough attention when it comes to shared mobility”, says Kai Meissner. The 36-year-old wants to tackle this issue and establish a non-station-dependent pedelec-hiring system in Bremen with his startup, eMotum.

This idea was also received positively by the judges panel of the 2017 SMART TECH TROPHY, in which Kai Meissner finished runner-up. He was accepted into the kraftwerk support programme a few weeks ago, and has moved his office into our kraftwerk facility. He gave up his full-time position as a project manager in offshore wind energy to do so. “I believe in my idea”, says the Rostock native. It is his view that many short distances currently still covered by car can, in future, be covered much more efficiently, cheaply and in a more environmentally friendly manner using pedelecs. For this reason, he even took time out last year to hone his business idea and test himself at his leisure: “Can I motivate myself to keep working on an idea like this?” The answer he told himself was yes. He looked around for funding programmes – and his first application to the kraftwerk was a success.

He is now working out his next moves, and has spent a total of 14 months getting his business idea market-ready. But Kai Meissner is not alone: He receives support from two tutors. Jan-Lars Reinke, responsible for finance/controlling at kraftwerk’s partner swb, is delighted at the co-operation. “As a tutor, I hope to have a few direct customer experiences, which will of course be both positive and negative. But it’s the customer who decides.” Because, adds Reinke, since the hiring system is not tied to any specific station, it needs to be based on a truly smart concept to ensure the customer’s usage is not in any way affected by battery levels. “Then there’s the technical component, which I equally find very appealing. Operating the fleet will also end up being an IT task.”
When customers book rides through an app, they need lots of information in order to make their decision, and each pedelec needs to communicate with the main headquarters for this.
According to Jan-Lars Reinke, it’s Kai Meissner’s idea of offering his customers an incentive system that makes it unique. There’s never been anything like it on the market. As a tutor, he particularly wants to support Kai in the area of finance – with financial planning and compiling driver models for business cases. “I think Kai’s idea is a brave one”, says Thorsten Kaltwasser, the second tutor, and head of product management in swb’s sales department. “This also includes focusing on electromobility.” Thorsten Kaltwasser was practically made for the tutor’s role, and wants to offer Kai his technical and planning expertise. “He has a great idea and a good topic; his free-floating system combined with pedelecs is his unique selling point”, says Kaltwasser. He wants to help Kai Meissner consolidate the charging-station system, and also contribute his experience in marketing and PR consulting to the joint project.
Because it’s an impressive business idea: “It encourages urban development and is an idea we need to support, if nothing else for the sake of the environment.”

After two stints of support, lasting six and ten months respectively, Kai Meissner is presenting his achievements to date. He is excited about what’s to come. “It’s like nothing I’ve ever done before,” says the 36-year-old, who is looking forward to the months ahead. “I just want to find out whether I can manage it”, he adds, full of optimism. Because, he affirms, you don’t regret what you’ve done in life; you only regret what you didn’t do. Which is why he’s throwing himself into his business idea. “I believe in it.” 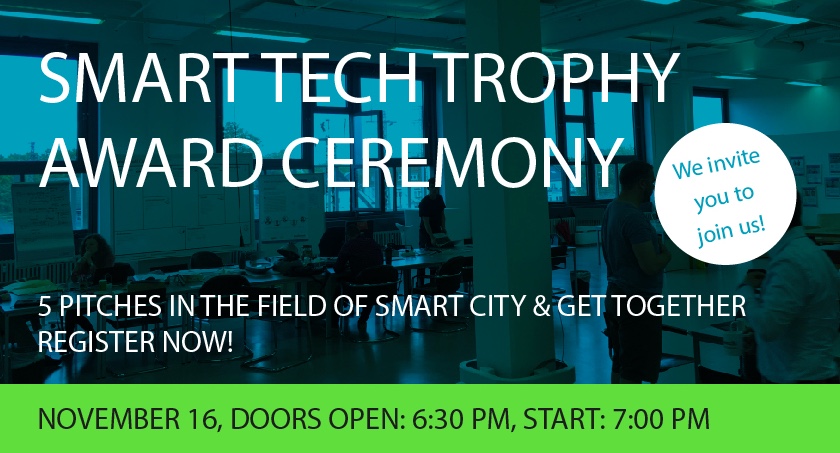